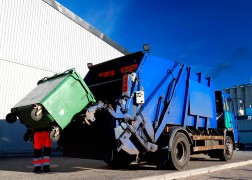 Russian company RT-Invest plans to build a new plant for recycling recycled polymers. The plant will be the largest enterprise in this area not only in Russia, but also in the CIS.

The construction will be carried out in a special economic zone located in Kashira, Moscow region.

A cooperation agreement was signed between RT-Invest and the Ministry of Investment, Industry and Science of the Moscow region.

The enterprise will create 350 new jobs.

The cost of the investment project is estimated at 10 billion rubles.

The investor will invest in the project from 10 to 20% of his own funds. The rest of the money will be provided by a consortium of large Russian banks, such as Sberbank and Gazprombank.

The plant will be located in close proximity to a recycling complex. This complex is capable of processing one hundred thousand tons of polymers per year.

The special value of this project is that its final product will be "green" PET pellets, which can be used to produce plastic bottles.

The stated capacity of the plant will produce more than one billion plastic bottles from the PET pellets it produces.

The plant is to be commissioned no later than the end of 2023.

"RT-Invest is a part of "Rostech" State Corporation, which conducts consistent work under the state program for waste management.

"Rostech" establishes, within the framework of the program, enterprises for separate waste collection, subsequent recycling and energy recycling of fractions that are not subject to recycling.

The General Director of Rostech Corporation Sergey Chemizov noted that the signed agreement will give a new impulse in the recycling of plastic materials.

Now, plastic waste will be processed into pellets or used in the form of "green" energy. This technology will make it possible to achieve zero waste burial in Russia.